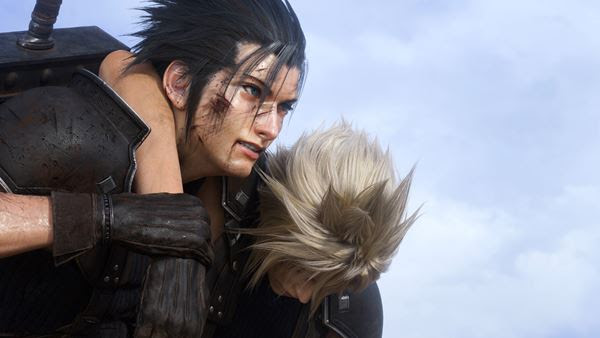 FINAL FANTASY VII remake series Creative Director, Tetsuya Nomura said, “As revealed on the broadcast, there are currently four FINAL FANTASY VII projects being developed in parallel. Although each of the four titles plays a different role, they are all connected through the high-quality depictions of FINAL FANTASY VII’s world and characters. As someone who was involved with the development of each and every one of the original titles, I deeply understand the vision and thoughts behind each project, and I am actively involved in the development process for all four titles.

FINAL FANTASY VII REBIRTH is being designed so that people can enjoy this game whether they know the original game or not. In fact, new players might even enjoy starting their FINAL FANTASY VII journey with FINAL FANTASY VII REBIRTH. Cloud and his friends embark on a new journey in this game, and I believe that the scenes that they witness after leaving Midgar will give players a fresh, new experience. I can’t wait to share the intention behind naming the first title, “REMAKE,” and the second title, “REBIRTH.” In time, I hope to reveal what the third title will be called, and where this journey will ultimately lead.

The development of FINAL FANTASY VII REBIRTH has been progressing rapidly since we adopted a new development structure. A title of this scale in which everything is interconnected even before production began is truly rare. In fact, some development has already begun on the third title. I myself have started on the development and am working towards the completion of the series.

We will work to deliver this title to fans with the same amount of enthusiasm from now until we reach the finish line. In the meantime, please enjoy the other 25th anniversary projects that further expand the world of FINAL FANTASY VII.” For players who have yet to experience the 2020 Game Awards’ Best RPG, FINAL FANTASY VII REMAKE INTERGRADE will launch tomorrow, June 17th, 2022, at 12:01 a.m. Pacific on STEAM® with full Steam Deck compatibility. The enhanced and expanded version of the game includes an additional episode starring Yuffie, enhanced visuals capture mode, Classic Mode difficulty and more. To celebrate the launch, players can purchase the game at a 29% off discount via STEAM® from June 17th, 2022 to June 23rd, 2022 at 10 a.m. Pacific.* FINAL FANTASY VII REMAKE INTERGRADE is rated T (Teen).

Finally, new FINAL FANTASY VII 25th Anniversary merchandise and a soundtrack will be arriving to the Square Enix Store.


About FINAL FANTASY VII
First released in 1997 on the PlayStation® computer entertainment system, FINAL FANTASY VII is celebrating its 25th Anniversary in 2022. The game is universally regarded as a hallmark title of the RPG genre. The original title received high praise for its epic storyline, unique characters, and movie sequences that utilized the most cutting-edge technology of the time. Since then, the game has sold over 13.9 million copies worldwide and continues to receive widespread acclaim from critics and fans around the world. The popular game has even expanded into spin-offs, films, and merchandise.

More information on Square Enix, Inc. can be found at https://square-enix-games.com
# # #