LOS ANGELES (Dec. 7, 2021) – SQUARE ENIX® today announced that Legend of Mana™, the remastered edition of the fourth installment in the Mana series, is now available to purchase on App Store® and Google Play™. The mobile version of the game features a touch screen UI and gamepad support, as well as cloud-based save data support. 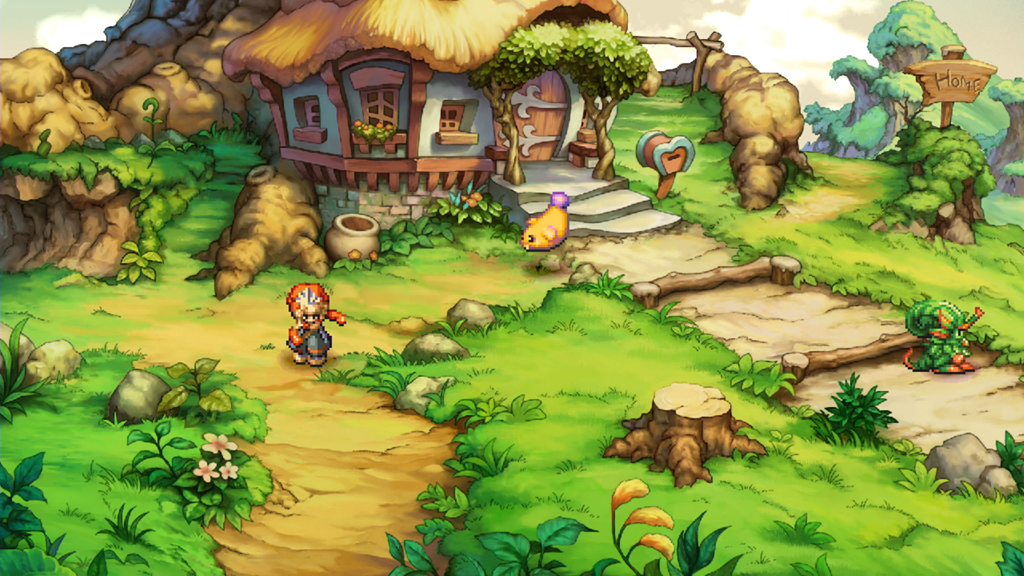 In Legend of Mana, players will embark on a journey to find the mystical Mana Tree seen in a dream, only to discover that the world map is empty. Throughout their adventure, they will acquire special artifacts, which can be placed on the map to bring towns and dungeons to life via the unique Land Creation system. Players can also capture eggs and hatch pet monsters to help with battles, and progress through the story in different ways based on the choices they make, offering a more personal and unique gameplay experience.

Legend of Mana features remastered visuals and a rearrangement of selected songs from the beautiful soundtrack, including “Hometown of Domina.” Players will also be able alternate between the new and original soundtrack. The game also introduces the “Ring Ring Land'' mini-game which helps to strengthen pet monsters. During their travels, players will encounter a colorful cast of characters, square off against fearsome monsters in real-time combat and explore the vast world of Fa’Diel, all while experiencing Legend of Mana’s timeless story.

Legend of Mana is available now to download through the App Store® and Google Play™. For a limited time, players can purchase the game at a discounted price of $21.99 for until December 21. For more information visit: https://square-enix-games.com/en_US/games/legend-mana

Press assets are available on the press site at: https://press.na.square-enix.com/

About the Mana Series

The Mana series, known as Seiken Densetsu in Japan, is a long-running action-RPG series spanning multiple entries for three decades. The series is known for its enchanting characters, story and music, as well as pioneering an action-oriented approach to traditional JRPG combat. With the release of Collection of Mana for Nintendo Switch™ in 2019, new and existing players can now immerse themselves in the enchanting world of the Mana series with the first three classic titles—FINAL FANTASY® ADVENTURE, Secret of Mana® and Trials of Mana™—in their original form. In 2020, a full high-definition 3D remake of Trials of Mana was also released for modern platforms, selling over one million copies to date. An updated version of Legend of Mana™ is now available on PlayStation®4, Nintendo Switch™, and Steam®, bringing remastered visuals, and the “Ring Ring Land” mini game to the West for the first time.

App Store is a registered trademark of Apple Inc. Google Play is a trademark of Google Inc. All other trademarks are properties of their respective owners.