LOS ANGELES (May 16, 2022) – SQUARE ENIX® today celebrates the highly anticipated 20th anniversary milestone of the long-running MMORPG FINAL FANTASY® XI Online (“FFXI”), which originally released in Japan on May 16, 2002. In addition to the recent May version update, SQUARE ENIX launched a special 20th anniversary website, the first part of an interview series with FINAL FANTASY XIV Online Producer and Director Naoki Yoshida, and announced an upcoming Reddit AMA for fans. 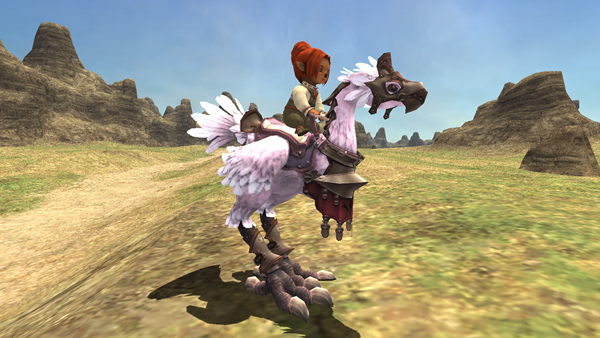 The May version update was also recently released, featuring the following additional content and updates to players:

Additionally, a new version of the “Vana’diel March” song has also been composed by FFXI composer Naoshi Mizuta for the 20th anniversary. The title for this new song is “We Are Vana’diel.” In honor of the new track, FFXI producer Akihiko Matsui stated, “It’s an uplifting melody that stirs your sense of adventure! It’ll play when you’re in the start menu, so be sure to give it a listen!”

Full details for the May version update can be found here: sqex.to/4Xz5F SQUARE ENIX also opened a new digital art gallery website as part of the 20th anniversary of FINAL FANTASY XI Online. The website is a digital tribute to celebrate 20 legendary years of adventure and features curated artworks from the fan community around the world which cover the rich history of the beloved title, from key characters to defining moments.

FINAL FANTASY XI Online’s Producer Akihiko Matsui and Director Yoji Fujito will also be hosting a Reddit AMA on May 23 from 6:30 p.m. to 8:00 p.m. PDT to celebrate and discuss the past 20 years of FINAL FANTASY XI Online. Fans who would like to submit a question or see the responses can do so at: https://www.reddit.com/r/ffxi/ UNIQLO has also launched designs featuring 16 titles from the FINAL FANTASY series celebrating its 35th anniversary. To commemorate the UT x FINAL FANTASY collaboration, fans who log in to FINAL FANTASY XI Online from now through Tuesday, May 31, at 7:59 a.m. (PDT) will receive a special Ark Shield in-game item.

For those who have subscribed to FINAL FANTASY XI in the past, the 20th Vana’versary Return Home To Vana’diel Campaign is also ongoing through May 31, 2022 at 1:00 a.m. (PDT). During this time, past subscribers are eligible to play FINAL FANTASY XI Online free of charge, as well as participate in a variety of in-game campaigns for special rewards. Players can experience the world of Vana'diel with a variety of new content that has been added throughout the 20 years of development, along with many system improvements to match their playstyles.

Finally, from now through May 31, 2022 at 1:00 a.m. (PDT), downloadable versions of the Seekers of Adoulin Expansion Pack and the FINAL FANTASY XI: Ultimate Collection Seekers Edition are available at discounted prices up to 67% off on the SQUARE ENIX Store.

FINAL FANTASY XI Online is an online multiplayer RPG that challenges players to journey through the world of Vana’diel — a world of fantasy, adventure, and exploration. Heed the call and join players from around the world to become the hero that Vana’diel needs. Discover new creatures, pioneer wild lands, and conquer quests on your daring journey.